So you want to live in the 80's? Adjust those shoulder pads, grab your Wayfarers, and turn on your Empire State Building Lamp! We're excited to share this unique 1980's prop from the 1988 Eddie Murphy film "Coming to America", the 1988 Tom Hanks film "Big", and the 1986 Sylvester Stallone film "Cobra". 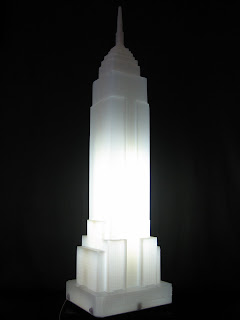 Shown above is the actual lamp that appeared in both 1988 feature films "Coming to America" & "Big". This lamp is constructed with a translucent white plastic shell in the form of the Empire State Building. Within the building's shell is a fluorescent tube light that illuminates the building from within. This architectural lamp shows incredibly well on a raised pedestal or table as can be seen in the screen shots from "Coming to America" below. 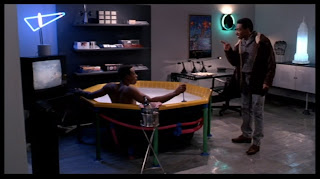 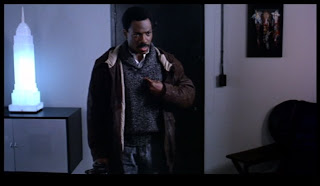 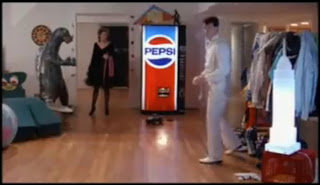 Below is a screen shot from "Cobra" with Sylvester Stallone. To find this scene in the film look for it around the 16 minute mark. 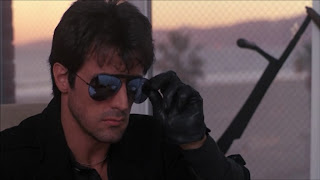 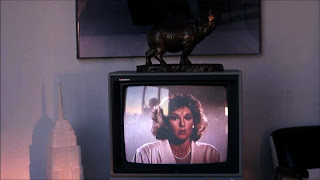 Spiring to a height of 38.5" tall with the base measuring 10.25"x8.75" this piece of interior design is iconic for the 1980's in how it uses a symbolic art deco building to create drama with lighting and sculpture. 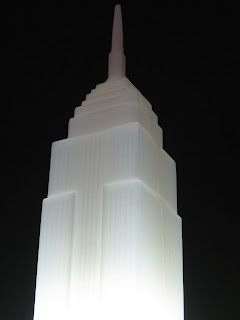 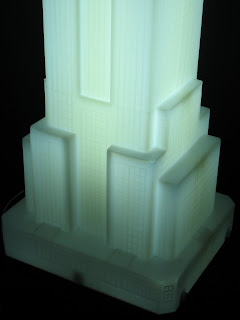 Little is known about the manufacturing or distribution of this lamp, other than that they originated from Japan. We recently sold the lamp featured in the movies, but have an identical piece available.
For additional information please email: the80sgallery@yahoo.com or visit www.the80sgallery.com
Posted by The 80's Gallery at 7:25 PM